PLA - polylactide, polylactic acid, is a biodegradable thermoplastic polyester, produced from renewable raw materials. The transparent PLA can be compared to thermoplastic conventional materials. Most often it is in the form of granulates. PLA granules and its blends are used for the production of, for example, films, mugs, bottles, fibers, nonwovens. 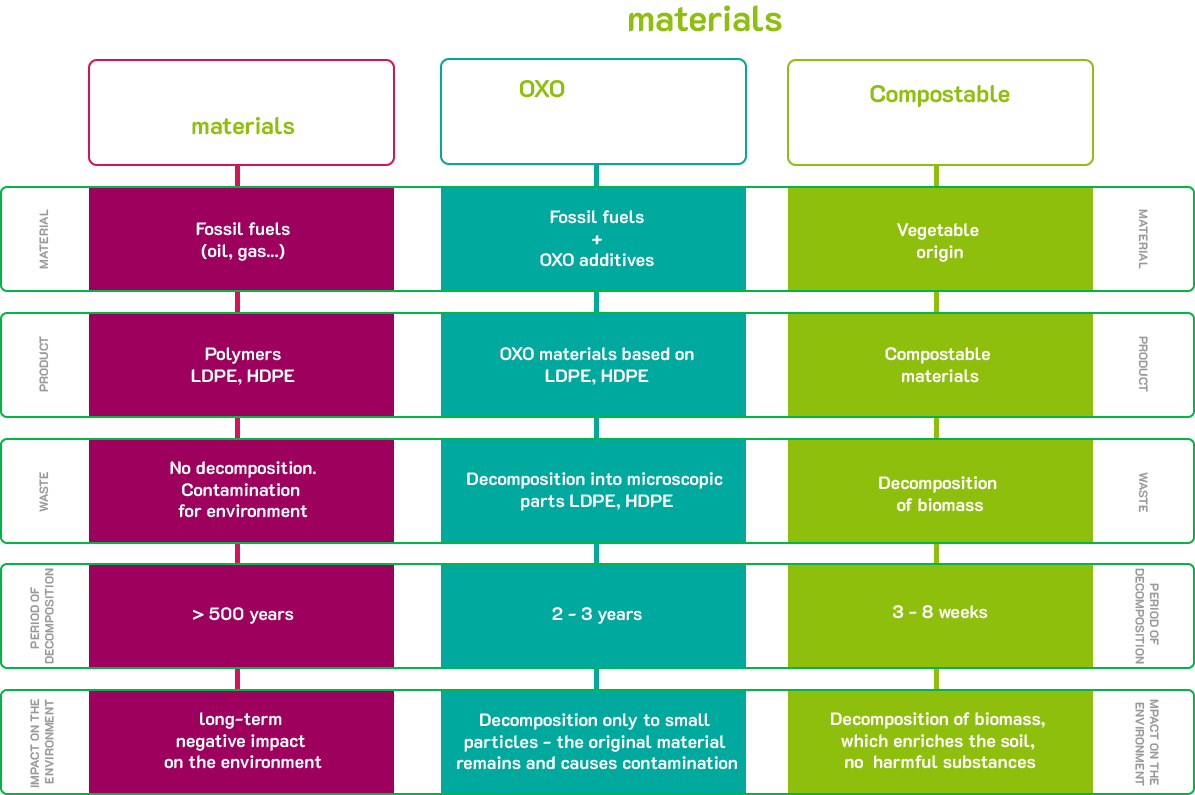 For the first time, PLA was distinguished it in 1780 by Scheele from sour milk. This simple organic acid with an asymmetric carbon atom occurs in the mammals organisms only in the PLLA variant, however with the use of appropriate bacteria and process conditions it is also possible to obtain its second variant. It can be prepared in two ways, by catalytic addition of hydrogen cyanide from acetaldehyde and hydrolysis of cyanohydrin. 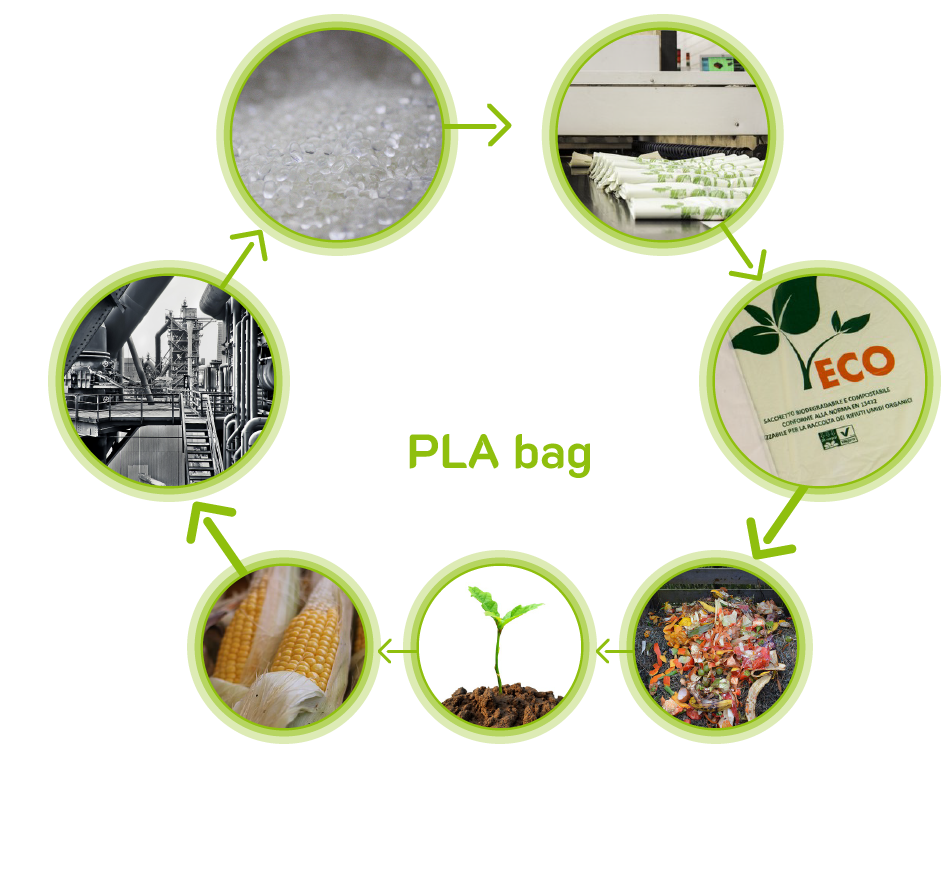 Considering the properties, PLA is similar to polystyrene, however, the modified one has properties similar to polypropylene and polyethylene. Transparent foils can be obtained from it or injection molded into preforms for blow molding, just like PET. It has excellent organoleptic properties and is ideal for contact with food.

Although PLA has good physical and rheological properties, it is combined with many additives to optimize for special applications. These modifications are carried out by mixing PLA with various additives. The first case is the addition of fillers or fibers to PLA. Additives constitute blends with polysaccharides are used: starch, which shortens the time of biological decomposition, cellulose in the form of fibers, increasing stiffness and resistance to temperature. Another type of blends are blends with inorganic fillers such as talc, mica, glass, etc. Improvement of tensile strength in tensile, which can be illustrated in a situation such as the resistance of the cup to cracking after it is compressed, is associated with the addition of rubbers.
PLA with other thermoplastics, e.g. with polyolefins, is immiscible, due to the large difference in polarity (both with polyethylene and polypropylene), which makes them incompatible. Therefore, PLA  cant be mixed (cheated) with classic "plastic".

The advantage of PLA is regulation of the rate of biodegradation, which can be several months or several years, depending on the requirements which role the product made from it should fulfill.

Areas of using PLA, its blends and copolymers are not only fast-decomposing packaging materials. The world market for polymers and transparent plastics is huge, and it can not be estimated only in the packaging area but also in applications in the construction industry, technology, optics and the automotive industry. A great example here are photovoltaic cells, for which the use of materials from renewable raw materials is possible due to their transparency, and an additional benefit is the reduction of production costs of these cells.


The melting temperature of the PLA is generally from 150 to 180 degrees Celsius, it depends on the degree of crystallinity of the polymer. It can be increased by mixing PLLA with PDLA, even by 40-50 degrees. The rate of biodegradability of PLA is also influenced by the degree of its crystallinity.

PLLA and PDLA blends definitely increase the amount of PLA applications. Products obtained from such mixtures are suitable for the production of materials (they can be pressed), used in the production process of microwave dishes, packages for hot products and other similar.


In the form of a curiosity, I will say that due to its properties PLA is used in many fields of medicine as tissue engineering scaffolds, material delivery systems, membranes, and bio-absorbable implants in cosmetics and dermatology.

The tissue engineering has introduced scaffolds using PLA, which allows them to be used for other tissues than previous scaffolds cooperating with metals. Articular cartilage for unloaded joints are also made of poilactide. PLA also found its role in drug delivery systems where it can be used for the production of microcapsules, microparticles or nanoparticles able to penetrate biological barriers, i.e. blood-brain. 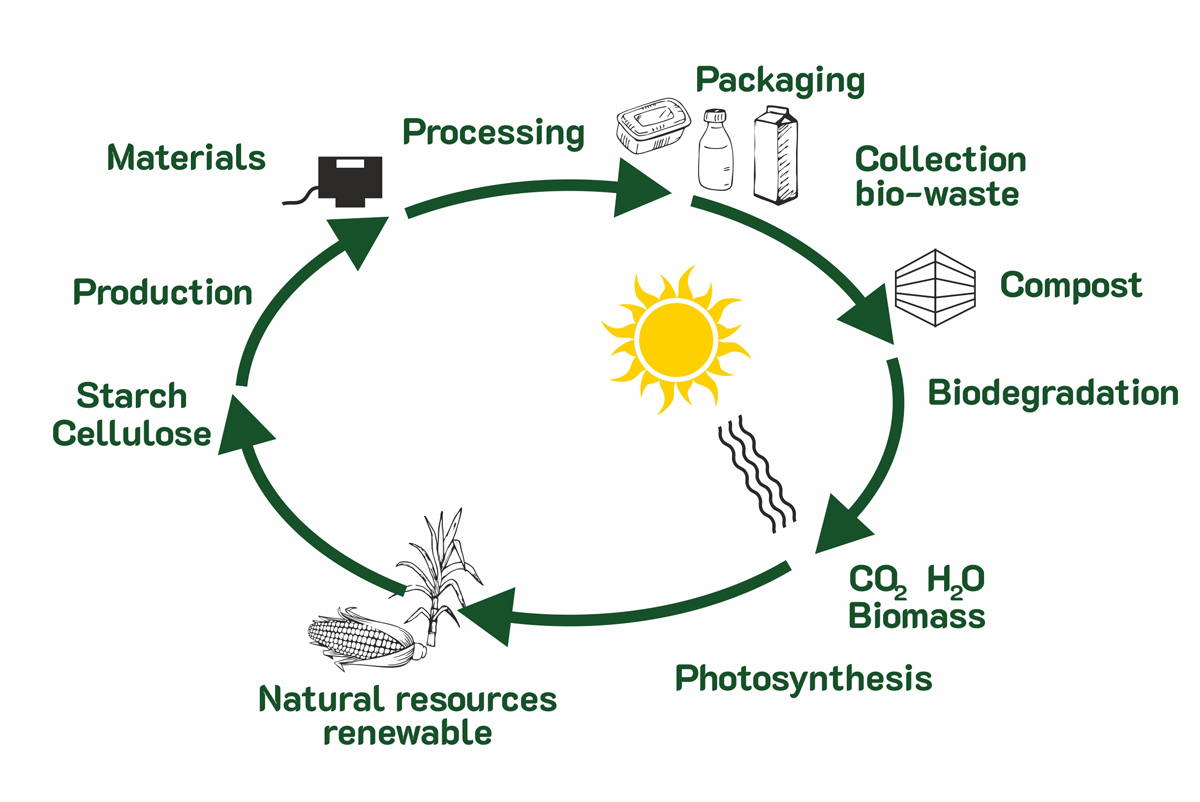 " The God wanted a man to benefit
from nature as a rational and noble gentleman and watchman,
and not as an absolute explorer "